Home » Blog » Liquid Fire: the History behind the Neon that Lights up Tulsa Signs

Neon lights are ubiquitous in the night life of any major city in the world. Since their inception, they have come to illuminate the night with their flash and color, as Examiner.com’s Meagan Meehan observed:

“Mostly everyone has seen neon signs from time to time. They appear across a wide range of businesses from diners to car washes. They also advertise movies and storefronts. Some places, like Times Square and Las Vegas, are famous for the enormous amount of neon signs displayed in close quarters.

Ever wondered how neon lights were developed before today’s makers of fabulous Tulsa signs like Crown Neon Signs are making a thriving business out of them? Here’s a brief rundown of the history behind it all. 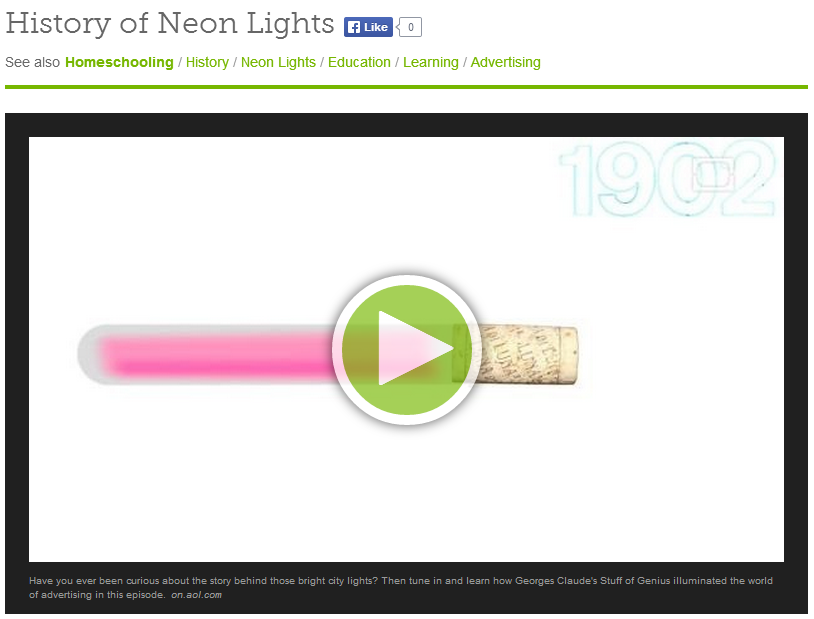 It all started with the theory developed in 1675, when French astronomer Jean Picard observed a faint glow in a mercury barometer tube he was examining. When he shook it, the mercury glowed, which by the way, is the basis of the term barometric light. Scientific breakthroughs ensued over the years which led to the invention of different forms of electric lighting.

The ideas of German physicist Heinrich Geissler in 1855 more solidly advanced the reality of electric lighting. He was credited with the invention of the Geissler tube, a sealed glass tube with two electrodes inside. When current is applied to the electrodes, the gases inside would begin to glow. This invention led to numerous experiments, most notably by British scientists Sir William Ramsay and Morris Travers. The two were able to liquefy air and isolate its various parts, naming one component neon, the Greek word for “new.”

Working on the principles left behind by his predecessors, French inventor Georges Claude was finally able to create the first true neon light in 1910. His invention was essentially the first neon sign in history, which was introduced at the Paris Expo in December of the same year. It was a device that consisted of two 38-foot long tubes, which illuminated a wide area with its bright light. This characteristic of neon lighting later inspired the term “liquid fire.”

Two years later, Claude was already selling his invention to patrons; the first one being a sign sold to a Parisian barber shop owner. By 1915, Claude’s invention reached American shores with Earle C. Anthony purchasing the lighting novelty for his Packard automobile dealership. Since then, neon signs have been illuminating the advertising landscape with their flashing images and signs in Tulsa, OK, as well as in other metropolitan cities all over the world.