Even with the prevalence of the Internet and online marketing, a good store front sign is still effective at gaining customers. One study released by FedEx, Ketchum Global Research & Analytics, and ORC International in 2012 showed the role of signage in generating sales as well as the effects of having a bad sign. Some of the highlights were included in LexJet’s blog post dated May, 24 2012:

Among the most commonly-used signs are those that have light emitting diodes (LEDs) on them. However, businesses should be careful about using LED signs because they can be too bright for other people’s tastes. Thankfully, reputable Tulsa sign companies like Crown Neon Signs and other similar companies in Oklahoma have extensive knowledge on LED and neon technology, to the point that they can tweak their products based on their clients’ specific needs. 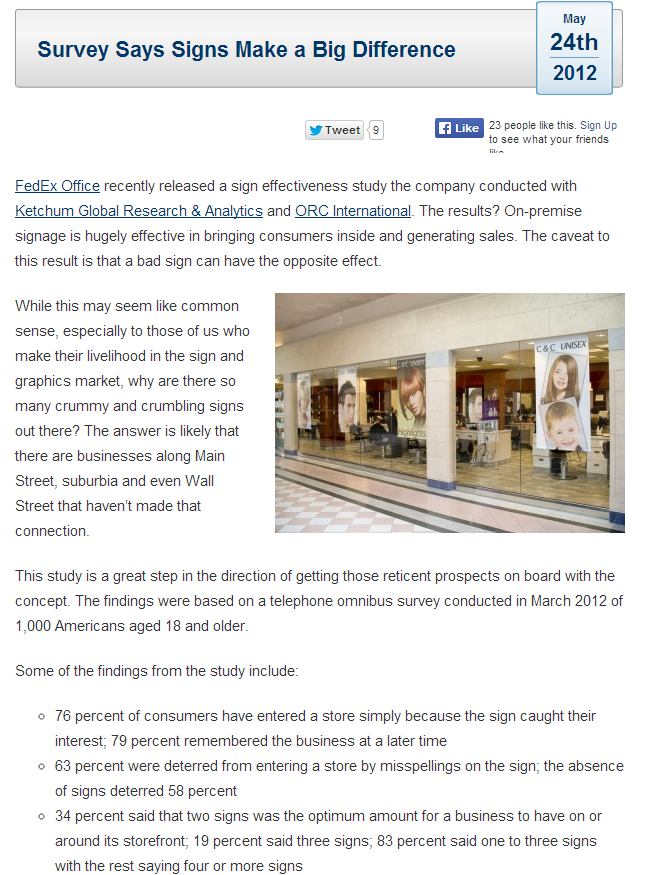 LEDs are popular for many reasons. First, they’re incredibly efficient since they only use about 2-17 watts of electricity. Second, LEDs have a very low heat build-up (3.4 Btu’s per hour), as opposed to what conventional lights typically encounter (85 Btu’s per hour), to the point that LEDs can last ten times longer than other lighting fixtures, like fluorescent bulbs. Third, LEDs are more durable since they don’t rely on a fragile filament in order to work.

The issue about LED brightness can be addressed through a combination of collimation (i.e. light rays are produced so that they run parallel to, rather than intersect, each other) and light filters. A brand-new LED design that incorporates these two elements is currently being tested in Taiwan and Mexico, according to The Optical Society.

Alternatively, LED sign companies in Tulsa, OK, can tinker with their signs’ phosphor efficiency (which is directly related to brightness, although it mainly applies to white LEDs) and light extraction efficiency (which determines if the LED is more suitable for utility or cosmetic purposes). Through this, as well as their clients’ insights, sign companies can be counted on to produce attention-grabbing LED signs that can boost business in much the way online marketing does.